Bodybuilding Gold for Thailand in Doha 2006

Main Photos Videos
Sitthi Charoenrith from Bangkok takes home gold once again. He took the first spot at the 15th Asian Games 2006 in the 80 kilogram class of the Men's Bodybuilding event. The finals for 80kg and higher were held at Al-Dana Banquet Hall in Doha today. 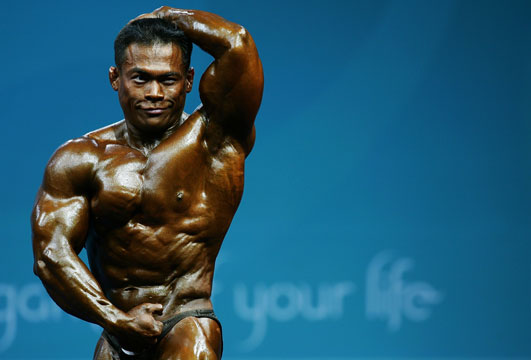 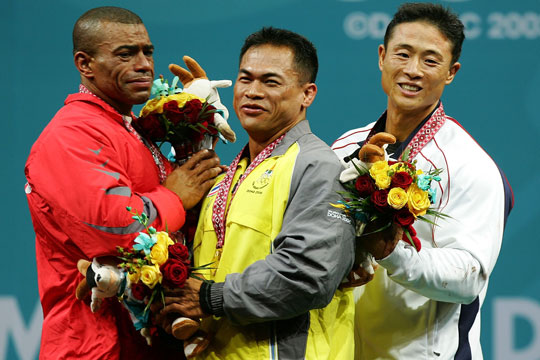 With this win Sitthi Charoenrith scores his 4th major international bodybuilding title. He won the title of Bodybuilding World Champion in the Light-Middleweight class (80 kilogram) in the Czech Republic earlier this year. That was a prolongation of the World Champion title which he initially won in Shanghai, China in 2005. After his gold medal at the 2005 South East Asian Games in Manila, Philippines, he was awarded two million Baht (around US$ 50,000), half coming from the Thai government and half from Thai Bodybuilding Association president Pakpong Kriengsak.

Athlete: Sitthi Charoenrith
Be Stronger Than Your Excuses
Connect With Us
Send Us Feedback
Please use the button below to report site problems or to send us suggestions.
Join Our Newsletter
Be the first to receive exciting news, features, and special offers from ThaiBody.com!